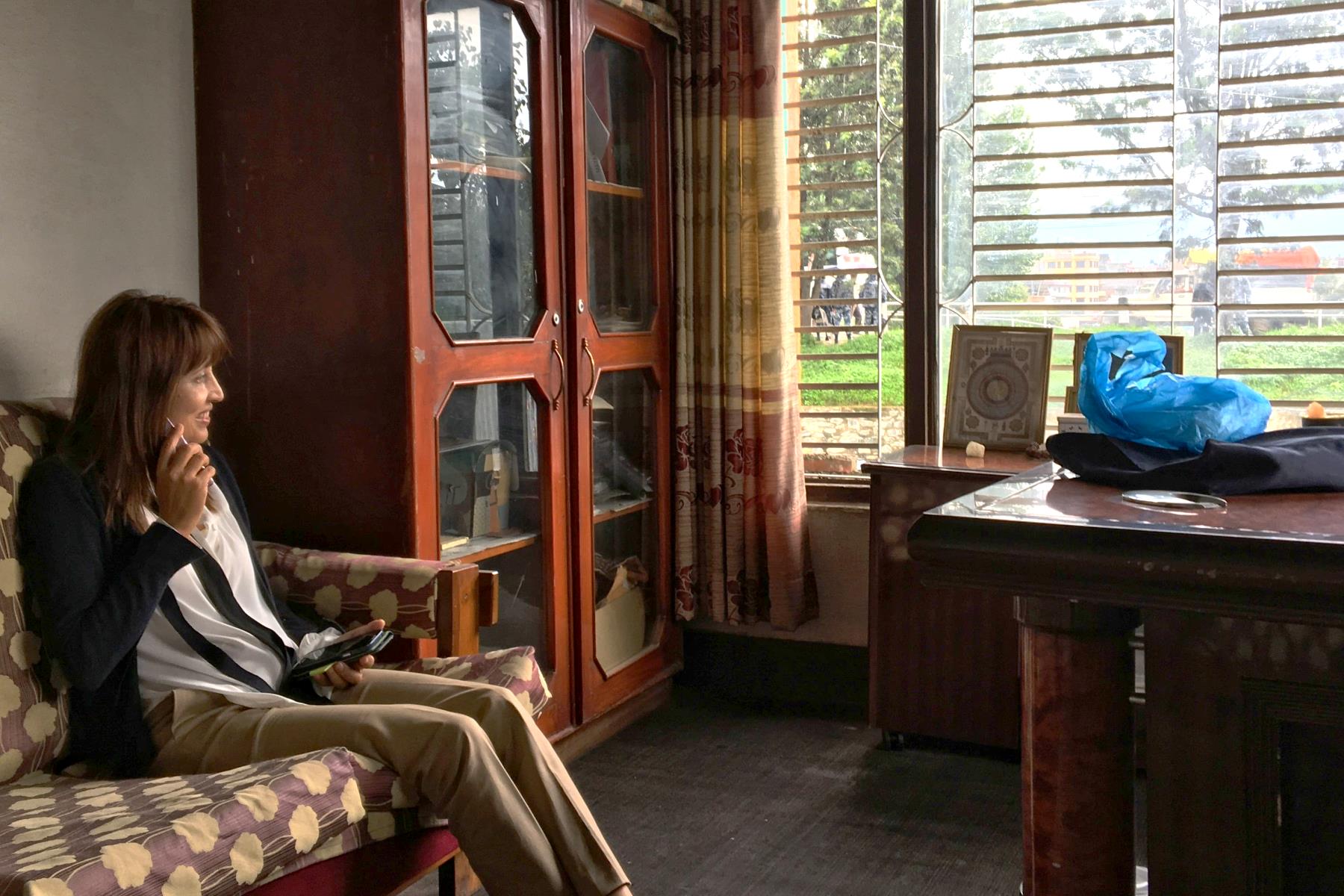 Rebuilding of the Sewa Sadan School

On my trip to Nepal I met Ms Usha Giri and was her guest. Usha impressed me considerably through her intense commitment to the Sewa Sadan school that she had founded. She leads a modest life in a simple house. She says that her only needs are enough food to fill her stomach—she is very slim—and the clothes that she wears.

In April 2015, a catastrophic earthquake caused such severe damage to the school building that it had to be rebuilt. I have been supporting her with donations, collecting money from friends and establishing contacts with German aid organizations. To date, 50% of the money needed to pay for the rebuilding costs has been collected in Japan, Germany and Nepal. However, there still remains the sum of 80,000 euro to complete project.

The history of the Sewa Sadan School

After her studies in child psychology in Japan, Usha recognized that if Nepal were to develop it would have to begin with the education of its people. Therefore, she founded the Sewa Sadan School in 1993 without the support of the state. Her objective was to combine an excellent education with a regime of character development for the children. The curriculum should promote the heart as well as the mind in equal measure. In this way, the students could develop themselves in the best possible way, emotionally, physically and socially, 'in order to become highly capable members of the Nepalese society,' and be able to shape the country's future.

She began with 12 students from underprivileged backgrounds and financed their education and nutrition herself. Her father and brother were able to support her by collecting donations. A Japanese teacher sold 2,000 Nepalese jackets per year for 5 years to support the school. She opened a restaurant in Japan in order to finance the continued growth of the school. Today Usha operates a restaurant and cafe in Nepal from which the proceeds are used to help finance the school. In recent years, she has been able to offer a free education to 130 to 200 students every year.

The earthquake not only destroyed the school, but the restaurant and cafe also suffered considerable losses. The cost for rebuilding the school with 24 classrooms for 600 students amounts to circa 1,600 euros. A classroom has an estimated cost of about 5,000 euros. Any contributions would be greatly appreciated. It is planned to reopen the school by 2017.